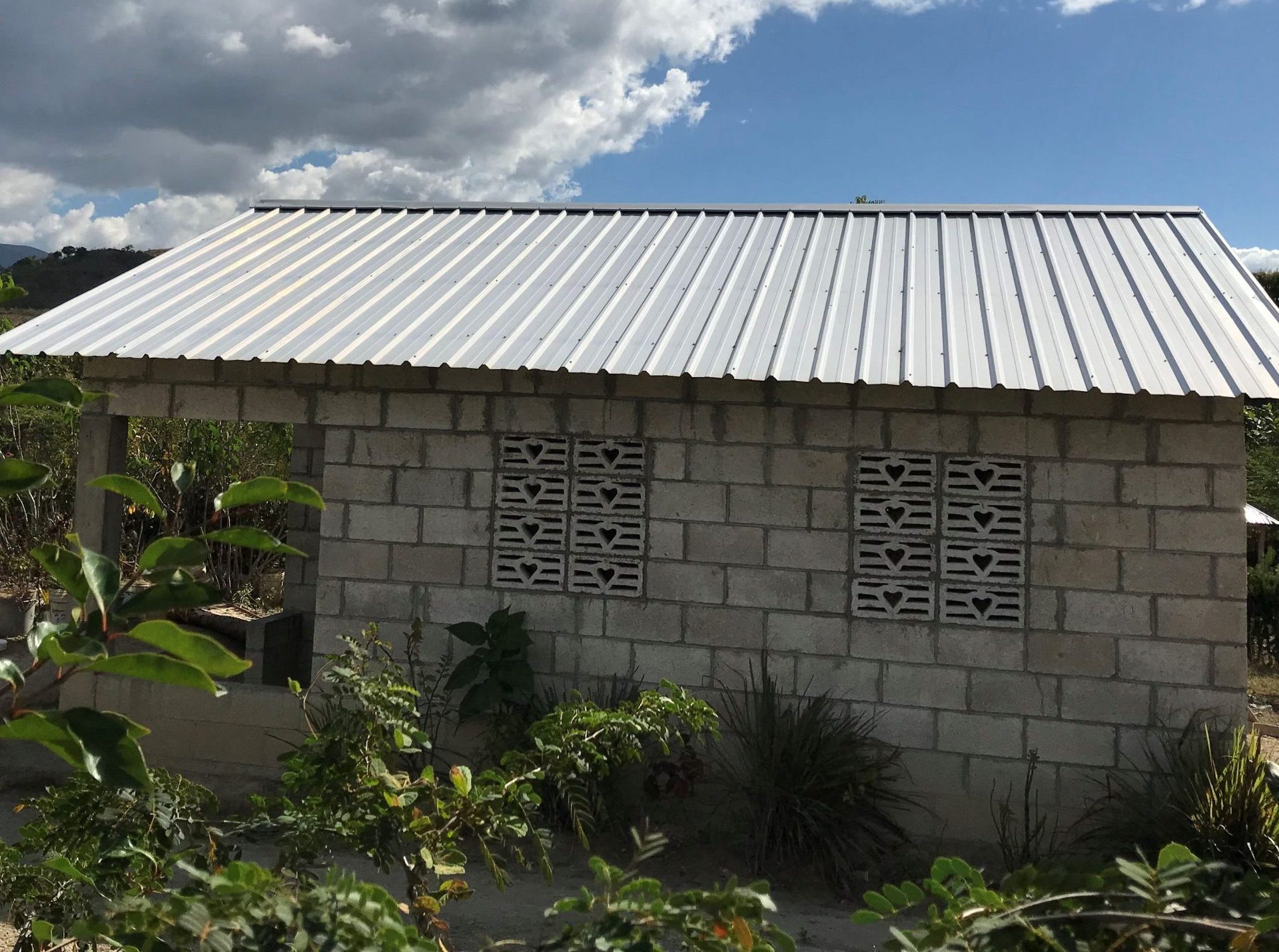 Thank you for your partnership with us as we begin our seventeenth year of ministry in Haiti. We thank God for you and your faithful prayers and support for this work that God is allowing us to be a small part of. Your response to the Christmas Giving List items was tremendous. As a result we will be able to provide over sixty micro loans that will give great opportunity to needy families to begin providing for themselves. We have enough money to purchase chickens to start our orphanage chicken farm to help provide eggs and meat for our orphans. And goats, food for school children, Bibles & songbooks that you provide through your generosity are all such a blessing to many. Thank you so much for making this possible through your giving.

About three weeks ago, our Haitian director, Daniel was preparing to leave Tricotte to travel to Port-au-Prince when a young man from Moinville came to see him. Daniel is always sensitive to what God may have for him as he encounters people each day. This day was no exception and Daniel told me he sensed that he needed to set aside his plans and listen to this young man’s story.

The young man shared with Daniel that he had heard that Starfish Ministries might be interested in purchasing some land in Moinville and he had a small piece he needed to sell. Daniel told him we had just purchased some land in Moinville and didn’t have money to purchase more at this time. But the man persisted and convinced Daniel and our Pastor Esau to come to Moinville and at least take a look at the land. So Daniel and Esau decided to put off their trip to Port-au-Prince until the next day and go to Moinville.

Daniel and Esau soon realized that their encounter with this man was not about the land at all but that God had a divine appointment for them that day. After looking at the piece of land, Daniel asked him what he knew about Jesus. His quick reply was that he had recently received a phone call from an aunt who lived in Miami and she had encouraged him to “get your life in order.” His question to Daniel, “Do you think my aunt was talking about something to do with Jesus? I’ve been thinking a lot about that and want to know more.”

Daniel and Pastor Esau presented the truth of God’s Word to this young man that day, and right out on his garden plot, he repented from his sin and prayed to receive Jesus as his Savior and Lord. He then proceeded to tell them about his voodoo past. His father had begun to train him when he was ten years old to become a witchdoctor. Now he wanted to rid himself of all that past so Daniel and Esau went to his house and built a bonfire, burning all of his voodoo stuff.

After Daniel gave him a Bible and encouraged him to read it each day, the young man said, “I need somebody to teach me how to study the Bible. Can you help me?” The young man from Moinville now comes to Tricotte every Tuesday afternoon and our orphanage director, Appolos, is teaching and mentoring him, helping him to mature in his new faith.

This is what it’s all about! This lost young man has been found! God has called us to be faithful and present the truth and He brings it to pass. Thank you, Lord, for saving the soul of this young man from Moinville.

We have been praying for God to give us opportunities to reach out to this village. It is an area just across the river from Tricotte but has had very little spiritual awakening. We trust that this is an opening for more opportunities.

This young man’s friends have been asking him about joining them in some voodoo ceremonies. His response, “I don’t do that anymore, I’m a Christian now.”

Please pray for this young man and for the people in the village of Moinville. We are planning to have an evangelistic crusade there in the spring of 2014 and trust that God will bring many to Himself.