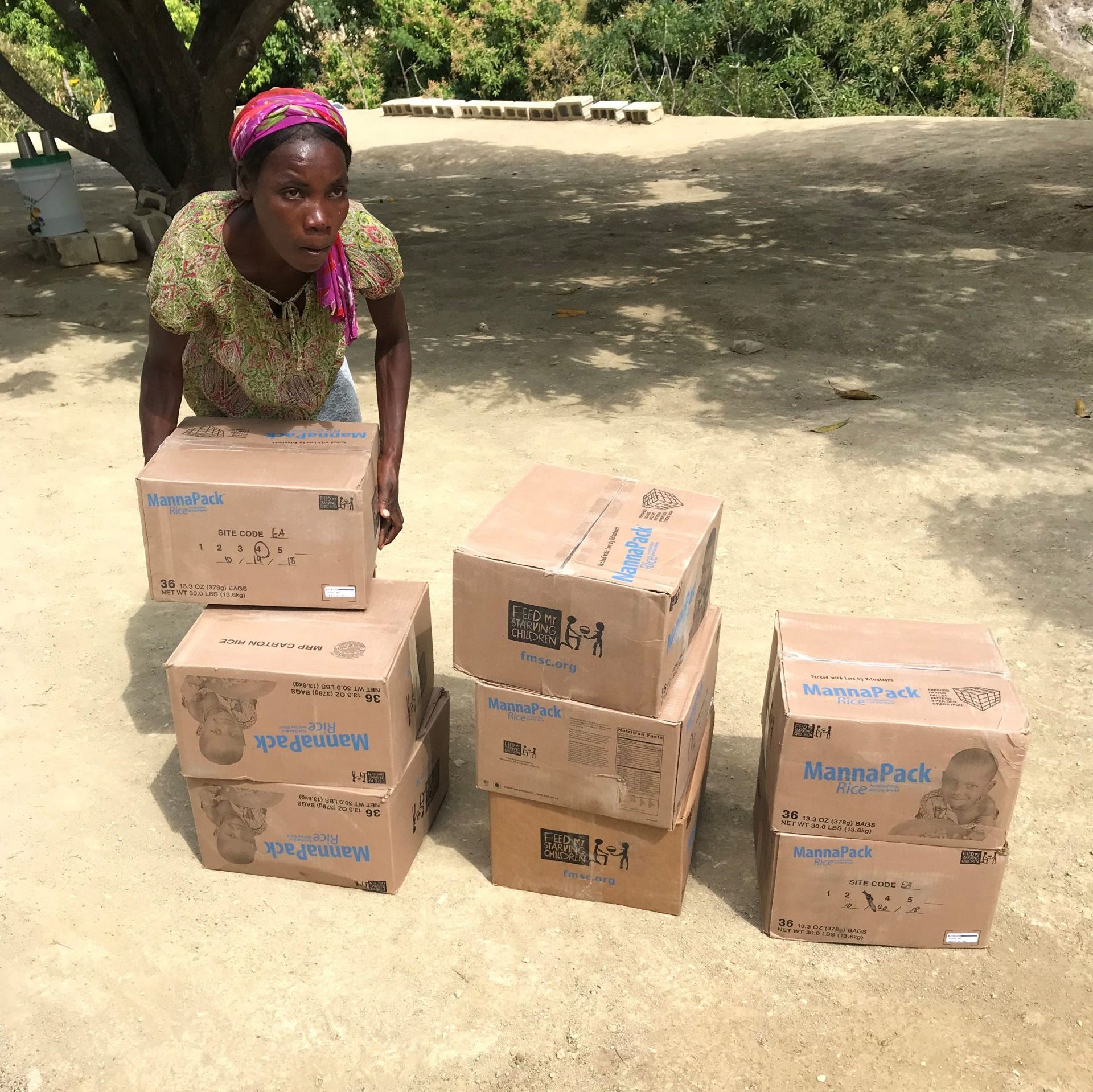 Adline Thelusmond is a member of our church body in Ti David.  When Pastor Herod, our evangelist, was in Ti David a couple of months ago, he could hardly recognize her.  Adline had lost a great deal of weight and was obviously very sick.  She was skin and bones.  Herod reached out to her family and they said she had been declining rapidly but they were too poor to help.  She was suffering from malnutrition on top of other sickness.  The family thought that she would die soon.

Pastor Herod immediately gave some MannaPack rice from FMSC (Feed My Starving Children) to the family.  He then hired a motorcycle taxis to carry her to the clinic and using the Starfish Ministries clinic benevolence fund, had her cared for.  Now she has gained over 20 pounds, and is recovering from her health issues.  She had to be carried into the clinic but now is able to walk again.

Adline is so happy and grateful for the support from Starfish Ministries and praising God for His work in her life!

It is refreshing to have positive stories like this to share in the midst of the numerous difficulties in Haiti.  Due to lack of rain the crops throughout the country have failed and led to much hunger and sickness like Adline’s.  Although initially the food from FMSC has been designated for the school feeding program, due to the increase in containers of MannaPack rice to our ministry, we have been able to help thousands more who otherwise would go hungry.

Then due to poor governing, resulting in lack of fuel, Haiti has almost come to a standstill.  And the result of that is continual protesting.  Doug Jarvie from Canada was in Haiti for a week in September.  After arriving in Port-au-Prince he couldn’t get to Tricotte.  One day, after spending three days at a hotel, it looked positive for him to make it through the roads.  However, about an hour north of Port-au-Prince, a tree had been purposely fallen over the road and Doug had to turn back.  Then he was stopped a couple times and had to pay a few dollars before the blockade would allow him to pass on to Port-au-Prince.  So Doug never made it to Tricotte.  That’s life in Haiti these days!

Due to all of the above, many are desperate for help.  That brings out the worst in those already inclined that way.  A couple weeks before schools were to reopen in September for this next school term, Daniel received a letter of bribery.  The gangsters demanded money before they would allow us to start up our schools.  Daniel does not respond to bribery but it does put him and our leadership team in dangerous situations.  The same gangsters show up at one of our schools the first day classes started and again demanded money.  We had to close that school down for a few days until we had security in place and the parents were made aware of the problems.

As we encounter trials during this journey, it’s important for us to keep our eyes on the mission that God has given.  The Apostle Paul was persecuted throughout his ministry probably more that anyone should have been able to endure.  But he never turn away from what God had called him to do.  He writes in Philipians 3:12b, “I press on to take hold of that for which Christ Jesus took hold of me.”  A couple of verses later he repeats, “I press on”.    That must be our determination as well – to keep pressing on!

In the midst of school disruptions, fuel shortages, threats to our Haitian leadership and many other obstacles, God is changing lives for eternity.  We have seen a greater harvest of souls this year than in any other year of our ministry.  Hundreds are responding to the gospel of Jesus Christ.  We see many “Adlines” rescued as a result of caring and sensitive “Herods” and our medical team.  And God continues to provide all that is necessary for the needs of the ministry.

That’s where you come in!!  We are so grateful for the provision of financial support that comes in each month.  As important as that is, still more important is the faithful prayers of so many of you.  Thank you for continuing to pray for Haiti and specifically for:

Thank you so much for partnering with us!